If you've been at Kenpo Self-Defense Studio recently, you may have heard a lot of normal-sounding terms you thought you knew, but became confused at their usage in the studio. This glossary should clear up a lot of the technical language frequently used on the mats to describe what we do.  It should be noted that this is not a comprehensive encyclopedia on these terms - in fact, an entire post could be dedicated to each of these concepts, and still only practice would reveal their true meaning.  It is, however, a great aid to keeping these ideas straight as you learn.

Angle of deflection - The angle of a block which allows the opponent's energy to move harmlessly away from the body without disturbing their forward momentum, thereby reducing the opponent's ability to recover equilibrium.
Check - To restrain, control, or prevent your opponent's motion.
Compounding - Striking multiple targets with the same path of action (for example, using width for torque, delivering a hammerfist and collapsing the same arm to deliver an elbow along the path of that turn before its completion).
Contouring - Conforming the angle of one's own body to the outline of the attacker's during an encounter, for increased sensitivity and control to gain offensive or defensive advantage.
Depth - Horizontal motion toward or away from the opponent.
Directional harmony - Allowing the current direction of your action to drive the whole body's motion.
Double-factor - Motion that reinforces its own goal twice (for example, blocking the same target twice in succession).
Economy of motion - Maximizing your effective force while minimizing the energy expended in executing that motion.
Floating check - A check that does not actively make contact with the attacker, but rather hovers near the checked weapon (limb, etc.).
Gaseous motion - Allowing one strike/block to feed into the next by combining motions. Use of gaseous motion often employs compounding.
Grafting - The act of adjusting the angle of a strike during its delivery in order to match the angle of an available target, because the original target has become unavailable.
Height - Vertical motion
Marriage with gravity - Dropping your body weight in perfect concurrence with the delivery of a strike, such that mind, breath, and strength are working in harmony with gravity.
Master Key motion - Motion that maintains the practitioner's center of gravity, keeping the elbow aligned with the hip, and is economic in its delivery.  A prime example includes a downward hammerfist delivered with a sideways rotation of the hip, without extending the elbow from the body.
Natural weapons - Your own body parts.
Open-ended triangle - The positioning of your weapons (limbs) in the shape of an open-ended triangle to maximize offense against an opponent's vital targets while guarding your own centerline.
Opposite motion - Using motion on the same plane but in the opposite direction with a balancing effect; may be used solely to provide stability or to manage multiple attackers.
Path of action - A complete motion that makes use of all available forces to economically maximize that motion's effect.  A path of action may strike multiple targets before its completion. Often described in contrast with a line of action, which simply moves from point of origin to final target.
Point of origin - The ideal starting point of a given action. This may be the natural starting point (where a hand or foot may already be before a strike or block) or current position prior to that action.
Purposeful compliance - Yielding to an attacker's motion in order to use that force for your benefit and/or against the attacker.
Rebounding (elastic recoil) - Allowing a strike to bounce off of its target (the opponent) or, with an open hand, its origin (you) in order to maintain momentum and, therefore, force as it continues into another block or strike.
Reverse motion - Motion that, upon reaching its apex or conclusion, rebounds and/or backtracks along the path it took to get there.
Width - Horizontal motion along your own body.
Zone of obscurity - The attacker's blind spot - an area where you have the advantage. This includes much of the space directly behind the opponent, and some of the opponent's periphery. 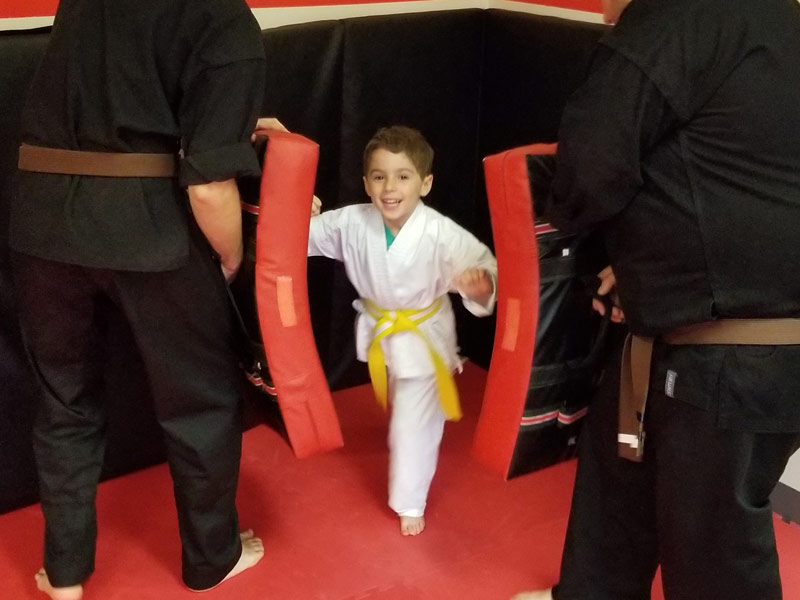 Ready to get started?

Ready to Get Started?